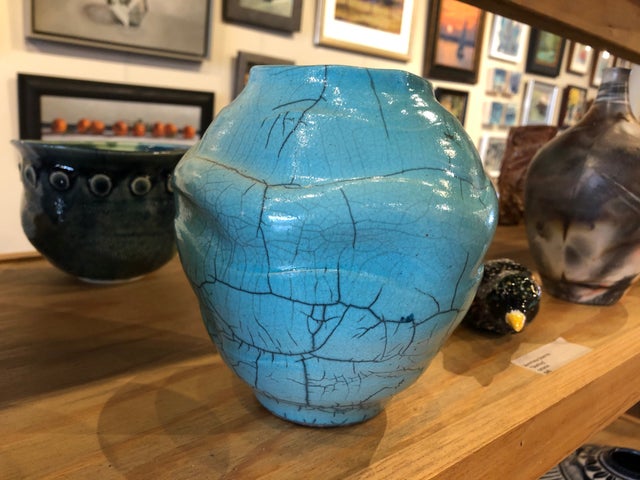 Hover over image for close-up view

Sold out
Add to Cart

Raku ware (楽焼, raku-yaki) is a type of Japanese pottery traditionally used in Japanese tea ceremonies, most often in the form of chawan tea bowls. It is traditionally characterised by being hand-shaped rather than thrown, fairly porous vessels, which result from low firing temperatures, lead glazes and the removal of pieces from the kiln while still glowing hot. In the traditional Japanese process, the fired raku piece is removed from the hot kiln and is allowed to cool in the open air.
The Western version of raku was developed in the 20th century by studio potters. Typically wares are fired at a high temperature, and after removing pieces from the kiln, the wares are placed in an open-air container filled with combustible material, which is not a traditional Raku practice in Japan. The Western process can give a great variety of colors and surface effects, making it very popular with studio and amateur potters.